A historic Dublin pub forever known as a meeting point for business networking and most certainly the place to be on match days. Step inside and you will experience a beautifully restored bar, with excellent service, the finest food and drink, and that friendly, warm and inviting atmosphere that is synonymous with the Chawke name.

Pull up a seat at our whiskey bar boasting an extensive range of 150, dine in our restaurant with meals cooked to perfection in our rotisserie oven and enjoy those sunny days with a cocktail in hand in our large beer garden out back. Feel at home in our traditional Irish pub; Searsons – a place to eat, drink and meet others. 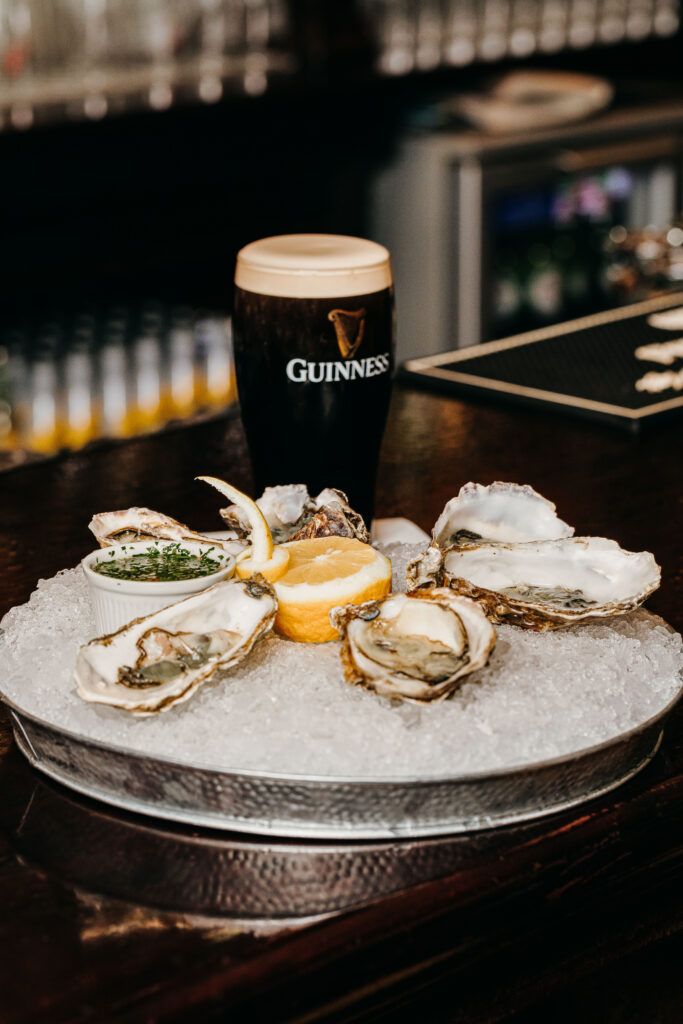 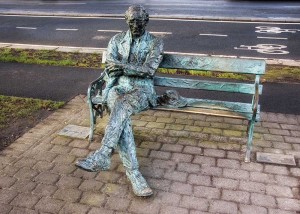 “There he comes your alter ego
Past the Waterloo and Searson’s
With a silly gaping mouth
Sucking smiles from every slut,
Sure that this is Heaven’s high manna –
God is good to Patrick Kavanagh,
Building like a rejected lover
Dust into an ivory tower”

From Bank Holiday by Patrick Kavanagh (1950)

The adjacent poem by Patrick Kavanagh, who enjoyed an umbilical-like relationship with this old house during the 1940s and 50s, represents in many respects the cultural iconic image that Searson’s pub had attained in decades past. But while the patronage of Ireland’s most famous rural poet might seem romantic if seen through the contemporary eye, it was in real terms totally different when seen through the eyes of proprietor, William Searson. In those days Kavanagh had not yet attained national fame and a life dedicated to composing poetry as opposed to regular and reliable employment was seen in the austere post-war years as non-conformist, bohemian and uncertain, if not downright irresponsible. Besides the lot of the committed poet was riddled with financial insecurity, and indiscretions of a pecuniary nature were most undesirable in the conservative bastions of the Dublin licensed trade. That is not to say however, that the rural poet was unwelcome in Searson’s; on the contrary, Kavanagh had a great affinity with the premises when he lived close by on 62 Pembroke Rd. Each day he passed the pub with gusto en route to city centre where he sought an audience with R.M. (Bertie) Smyllie, then editor of The Irish Times and renowned patron of the arts. Smyllie paid £1 for each poem published and Kavanagh danced with delight all the way back to Baggot St. when successful, where he gleefully drank half his earnings in Searson’s.

When he lived on Pembroke Rd. Kavanagh fell madly in love with Hilda Moriarty, who later married politician and Government Minister, Donagh O’Malley. During the early 40s he wrote prolific love poetry to woe the beautiful Hilda, and on occasions invited her into Searson’s. When he later heard of her intended engagement to the dashing Limerick architect, he penned the immortal poem Raglan Road, initially called ‘ Dark Haired Miriam Ran Away’.

In later years Kavanagh fell out of favour with Searson’s pub primarily because of his association with fellow writer Brendan Behan. Their relationship was always tempestuous and volatile and on many occasions boiled over at the counter. When William Searson’s reprimand of “conduct yourselves, Gentlemen,” was ignored on one occasion too many, they were both shown the red card. On his good days Behan was a masterful showman: witty, humorous and engaging but on his worst days he was rude, irreverent and uncontrollably vulgar. On one occasion he chided Kavanagh: “You’re only a f***ing minor poet anyway”, to which Kavanagh replied, “since Homer we all are”. On Behan’s passing Brian O’Nolan aka Flann O’Brien said in tribute “that Behan excelled in language and was a total master of bad language”. It would, however, be unfair to lay all the blame at Behan’s door for the fallout because Kavanagh too was not deficient in rude, abrasive, and vulgar behaviour.